Tilapia may be the best option for your aquaponics tank, but maybe it is not. The types of fish that are ideal for a closed freshwater fish aquaponic system can vary, depending on which ones are best suited for the climate and weather where you are. It is a good idea to spend some time researching which fish are well-suited to your location before you decide which fish you want to use for your system.

I have a friend that was surprised to find out that in his locality, they did not permit raising tilapia in a backyard, so if you are worried about local laws, then make sure you check into this before moving forward with this species. I have heard similar stories to this from folks in different parts of the United States, and even though it does not apply to most cities and towns, some communities have decided to enact these local laws for environmental reasons. Luckily, there are several other types of fish that grow quickly and taste great that you can choose for your aquaponic system. 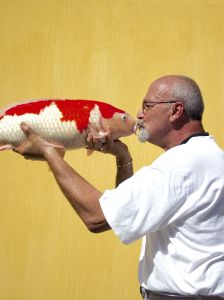 To choose the right fish for your fish aquaponics system, you have to know several things. First, you want to find out which fish will reproduce in a closed tank, since some do not. Also, some species are better suited to living and growing in a closed system.

If you choose fish that does not reproduce in a closed tank, you will have to add fingerlings (baby fish) to the system each time you decide to take fish out. Also, you should decide to raise fish that will grow and develop at a rate that will make you happy. Since different types of fish have different growth rates, it makes sense to find out what you can expect before making a decision.

Be sure not to make the same mistake that I made when I first started, and if you ever decide to add fingerlings to the system, keep them in their own separate tank. The larger fish tend to bully the fingerlings, and sometimes they will even eat them.

Read below to find out more about the fish that are typically used in a freshwater fish aquaponics system. 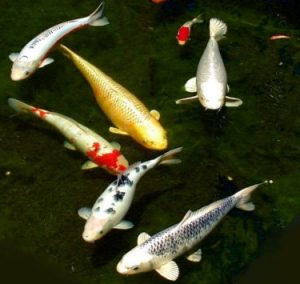 The most common and well-known fish species to use is tilapia. They belong to the cichlids fish family, and survive in different climates all around the planet. They are probably most popular for their invasive nature, and it is common for them to negatively impact the reproduction and growth of other native fish species found in the wild. This is why tilapia should not be released into the natural habitat of other wild fish. They tend to take over the environment wherever they are, and also release byproducts that can cause other species of fish to stop reproducing.

Despite the negative aspects of this fish species, they are a delicately flavored freshwater fish that has a remarkable ability to survive in holding tanks. Tilapia can even survive in heated water, which is much different than other fish types. They are herbivorous, meaning they will primarily feed off of aquatic vegetation in their environment.

Tilapias have no problem reproducing in a closed aquaponic system and provide a large harvest in a short amount of time.  Another example of their adaptability is how they have been known to create tilapia hybrid-fish types, if they are given the opportunity to mate with other types of tilapia species out in the natural world.

Another excellent edible fish that is well-suited to closed aquaponics systems is the Midwestern white bass species. They differ from the tilapia in that they are carnivorous, and typically eat smaller fish and small crabs.

White bass are well-known for their ability to spawn hundreds of thousands of young during a single spawning season in the wild. This is a furious schedule for one single white bass to adhere to, and they are notorious for failing to provide any care to the eggs before they are hatched. After the fish have mated and the eggs fertilized, the adults leave the spawning sites and rarely, if ever, return to the mating site.

White bass typically grow to be about 8 to 9 inches long, but have been known to grow to nearly 15 inches on occasion. These fish are easy to catch, especially during spawning season, and are a favorite of folks in some of the states in the Midwest who often enjoy smoking or baking the white bass meat.

The third most popular fish species used in aquaponics is the crappie, which is known for its delicate meat that has a mild flavor, and how well it adapts to closed freshwater systems like the tilapia species. Unlike tilapia, however, the crappie needs about 18 to 24 months before they are willing to reproduce, or even mate with the opposite sex, in a closed system. The male crappie protects the eggs at the spawning site from predators during the ten day period between fertilization and the time when the eggs hatch naturally.

Crappies are carnivorous like white bass, and grow up strong and healthy if they are kept on a diet of small insects and small fish in the same fish holding tank or aquarium. You must be careful not to mix crappies with other types of carnivorous fish like walleyes (which are usually larger) though, since crappies have been known to be eaten or nibbled on by fish that are bigger than they are.